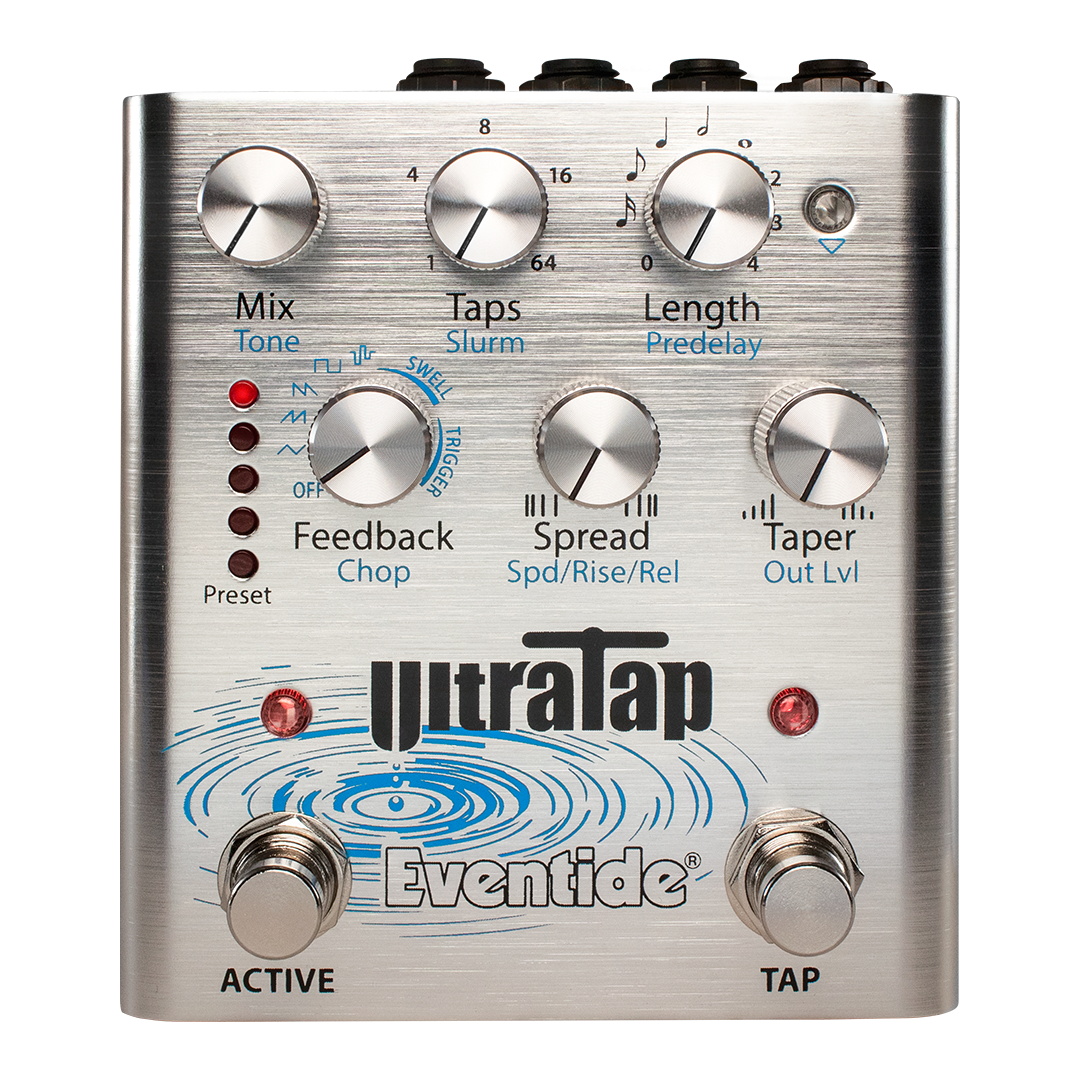 UltraTap is a unique multi-tap effect pedal perfect for staccato leads, swelling chords, and other evolving effects — everything from reversed reverbs to the sound of ripping it up in the Grand Canyon! Think of UltraTap as the mother of all Echoplexes and you won’t be too far off. That’s basically how it operates but with the flexibility to add as many ‘tape heads’ as you want and expressively control their positions and levels.

UltraTap’s controls make possible new and unexpected effects. The controls that you would expect in a multi-tap delay pedal — Number of Taps, Delay and Feedback—are just the basics. Controls for Spread, Slurm, and Chop open up a new world of possibilities.