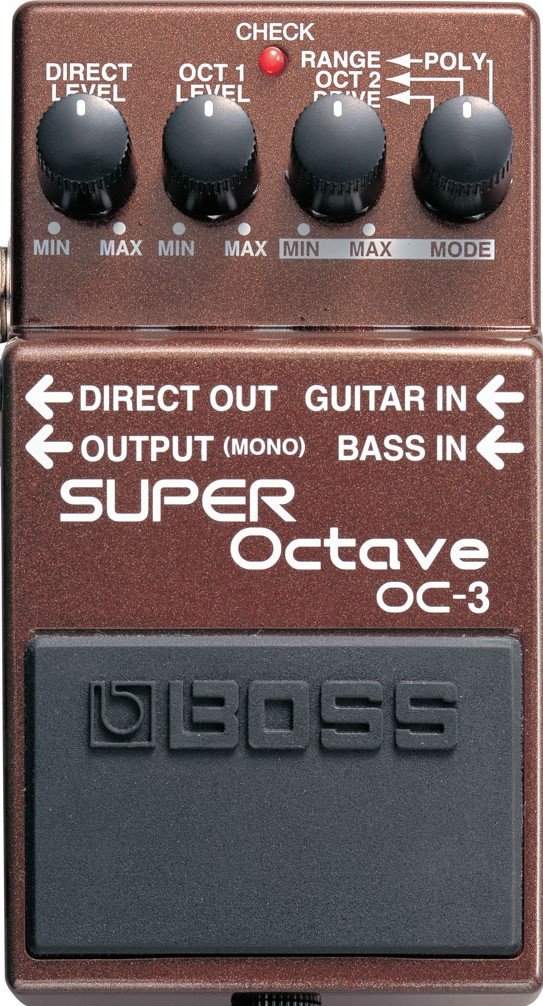 The BOSS OC-3 Super Octave gives guitarists high-quality octave effects with a single stomp. Three modes are provided, including a new Polyphonic Octave mode, a Drive mode with distortion, and the original OC-2 mode. The versatile OC-3 also has separate inputs for both guitar and bass.


The OC-3 isn't just for guitar, it's also for bass. By connecting a bass guitar to the dedicated Bass input, the OC-3 automatically optimizes itself to suit the range of a bass guitar. Now bass players can upgrade to the ultra-stable octave sounds of the OC-3.