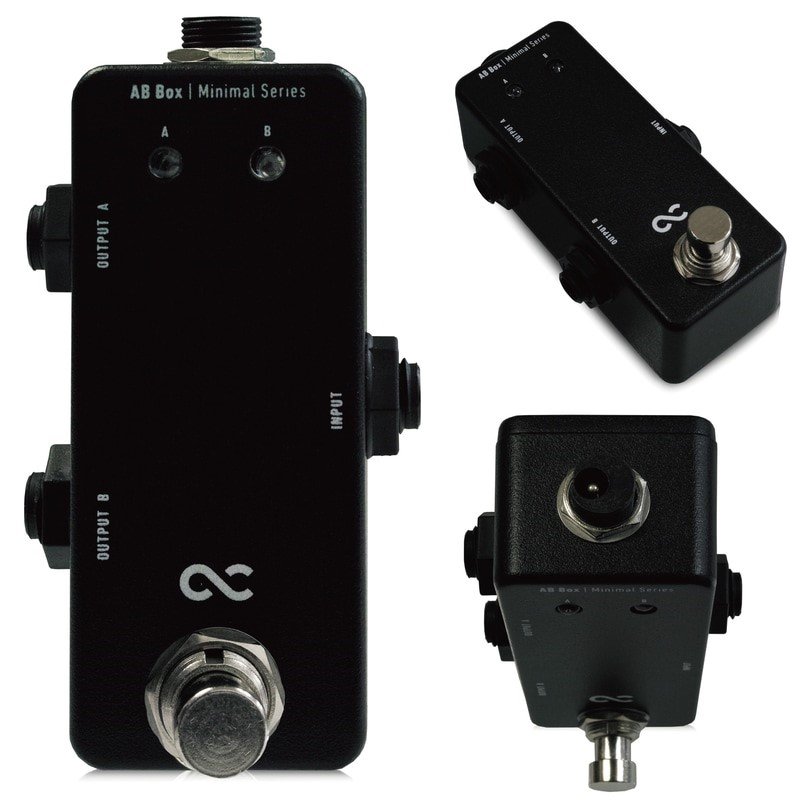 Use the Minimal AB Box to control the direction of your signal path in order to select amps, mute your signal, control what effects you’d like to use, and various other uses.

The AB Box has one input and two outputs. Plug your guitar into the input and then run out from the A and B outputs to your desired destination.

2) Input Selector
The Minimal AB Box can also be used as an input selector. For example, if you regularly switch guitars while playing live, plug two guitars into the two outputs and run from the input to your amp. That being said the, inputs and outputs can be used in both directions.

When the switch is pressed in the outputs will be toggled and also the red and blue LEDs will indicate which output is currently being used. The Minimal AB Box can also be used without a power supply however; the LEDs will not be active.

3) Tuner Output/Mute Switch
Use the Minimal AB Box as a Mute/Tuner switch. Connect your tuner to one of the two outputs and you'll take your tuner out of your signal chain when you are playing. Even without a tuner connected to the AB Box it can act as a basic mute switch.